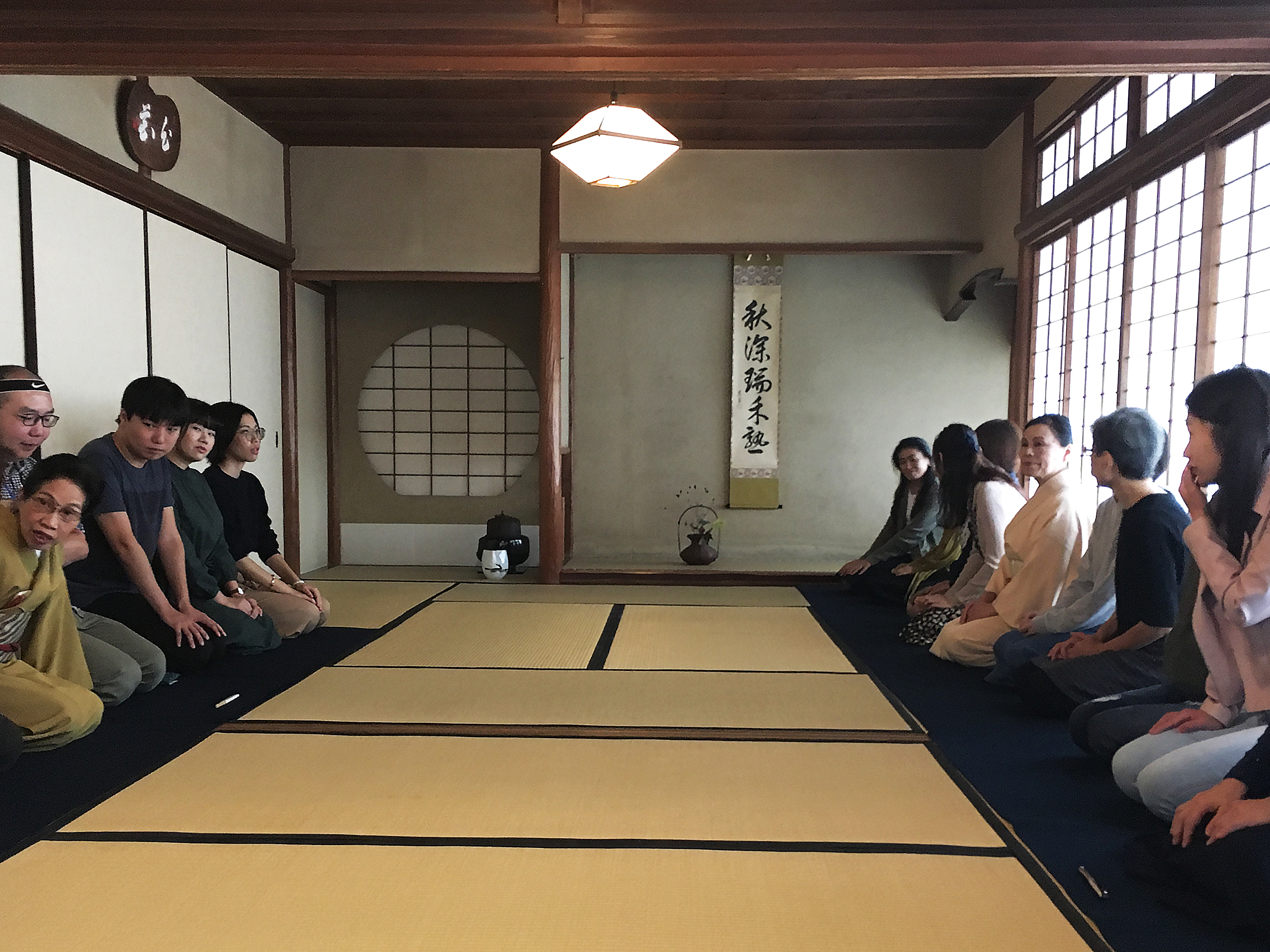 In the past few decades, Urasenke tea ceremony school has been opening more to the outside world. They now have several branches abroad as well as a few domestic programs for foreign tea ceremony students. One example is a year-long Midorikai program, another is a weekend program at International Chado Institute.

For foreigners residing in Kansai region there are also Annual International Tea Gatherings at Urasenke Chado Kaikan in Kyoto. These events are sponsored by several Urasenke and other chado organizations. Usually, though, they are invitation-only to selected guests.

I was lucky to be invited to the 38th Annual International Tea Gathering (to celebrate the autumn beauty of Kyoto) on 20th October 2018 by a tea friend Junko, who has been representing Urasenke tea ceremony school on the international scene. I’ve heard that they were expecting around 400 guests that day.

At the entrance everyone was greeted nicely and guided to a large tatami waiting room. We took part in the first tea ceremony that day that started at 10:30am. There were around 30 guests with us. While most guests seemed familiar with the tea ceremony, some said they were participating the first time. Some wore kimonos, but that wasn’t a requirement for everyone.

The tea ceremony was organized and held by international Urasenke students, who came from various countries around the work: UK, Austria, Australia, etc. The event was also narrated in English by one of the students providing a nice and easy to follow introduction to the tea ceremony.

We were served Matcha from Marukyu Koyamaen (as common for Urasenke) and a seasonal sweet. Pictures were not allowed during the ceremony itself, but after it we were free to wander around and look at the scroll, flowers and tea utensils of the day. The chasaku was carved by SEN Soshitsu XVI – the current Urasenke Iemoto. The boxes with the names of the tea utensils were also displayed on the side.

After the ceremony we could also visit the galleries of Urasenke Research Centre. They had a special and perhaps a bit unusual exhibition of sake and rice. While the two are part of the kaiseki meal in the formal tea ceremony – chaji, it is quite uncommon to put them in the spotlight. It was interesting to see, though, that the tea world is not limited to tea, and can involve many different fields.

All in all, I was really grateful to Junko for giving me this rare opportunity to join this special event and learn more about international Urasenke activities in Kyoto.