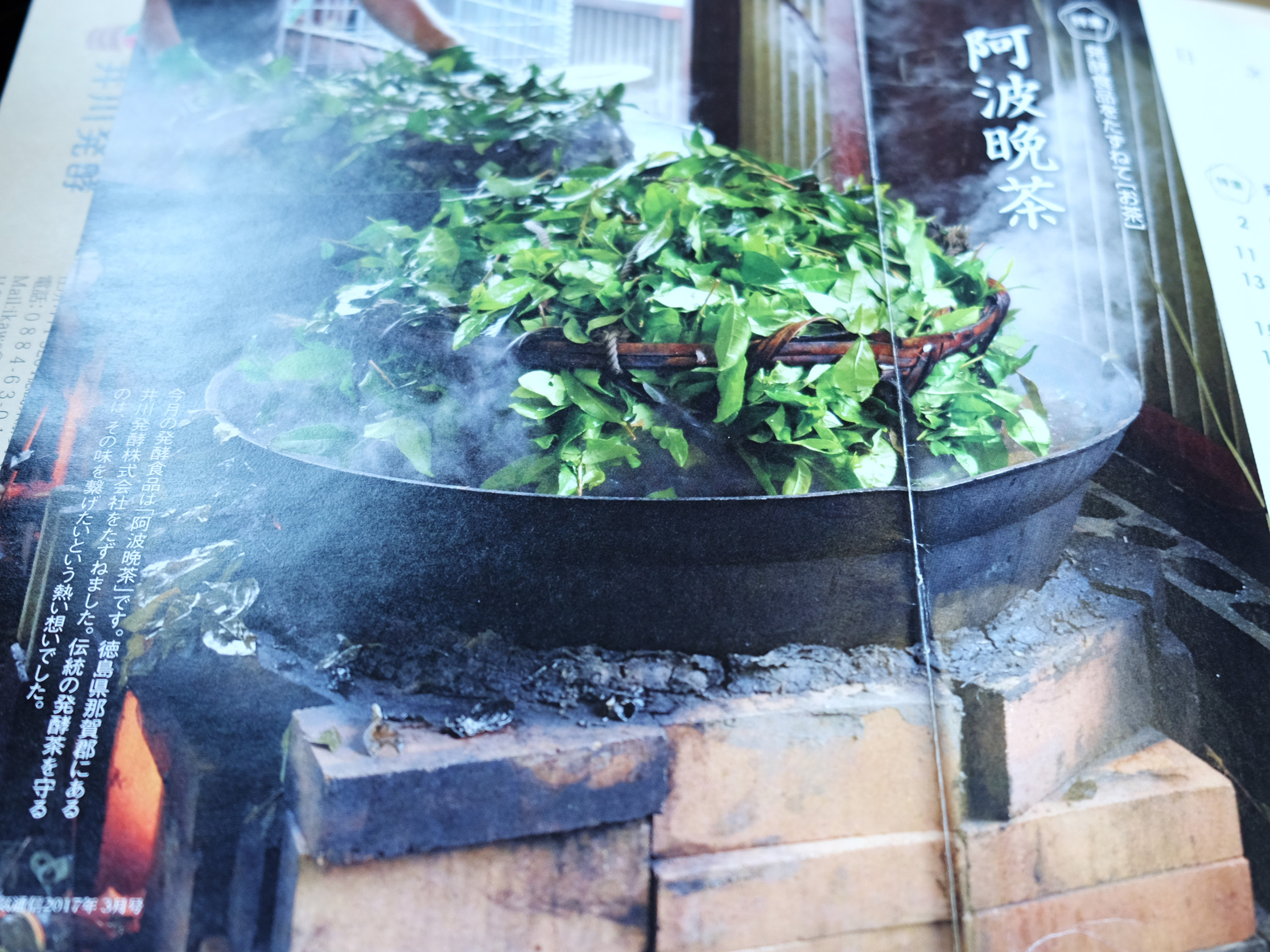 In Japan green tea is the most popular, but some areas also make some unique regional teas. One such tea is Awabancha (阿波番茶) – a fermented tea from Tokushima prefecture. Little is known about its origins, but currently there are about 300 tea farmers who produce it (for commercial production there are just a few, though).

On the trip to Tokushima in Naka town I met with one of the Awabancha tea farmers and Ikawa Hakkou owner – Ikawa-san, who is probably one of the youngest Awabancha tea farmers in the area. Ikawa-san has been working with Awbancha for about 6 years and 2 years ago he has reformed the tea processing factory. He manages the factory himself and during the season there are around 5 people working there.

Most of the tea fields used for Awabancha are of Yabukita cultivar, but Ikawa-san said they are exploring the option of using other cultivars as well. Like for Goishicha, tea leaves for Awabancha are grown organically (through, not certified yet as well), as the agricultural chemicals would interfere with fermentation. The tea is usually harvested in late June and July (in spring season tea leaves are not harvested and are left to grow bigger and hardier). Back in the day tea leaves for Awabancha were picked by hand these days, these days harvesting machines are used as well.

The first step in producing Awabancha is boiling the tea leaves in a big cast iron wok. Boiling is chosen over steaming as it is much faster: 5min are enough to boil the leaves, whereas steaming could take several hours. Once the tea leaves are boiled they are rolled with a circular tea rolling machine for just about 3min. After that they are pressed in wooden barrels, that can hold up to 500kg of tea leaves. Often people stand inside the barrels and press the tea leaves with their feet to to remove oxygen as much as possible. After that heavy stones are place on the top to press the tea leaves further. The tea leaves stay in the barrels for about 2 weeks after which the barrels are unsealed, and tea leaves are mixed up with big pitchforks. Then they can be placed on bamboo mats to dry in the sun or can be dried in a drying machine.

The properties of tea are currently being researched by Kyushu University and Tokyo Agricultural University. What is known is that Awbancha is good for digestion and helps to relief constipation. It low in caffeine as it is made from more mature leaves and has few catechins too, as they decompose in the process.

Currently Awabancha is mostly sold in Japan, but its producers are open to foreign curiosity as well. Ikawa-san sells both Awabancha tea leaves and pet bottles. Because of the interest in cooking with tea, two months ago he also started producing Awabancha powder.

Awabancha is usually brewed with boiling water. To make it use 5g of tea with 1l of hot water and let it steep for about 5min. The brew is usually of light-yellow color and it gives an interesting pickled aroma. The flavor is fairly light and the tea is easy to drink.