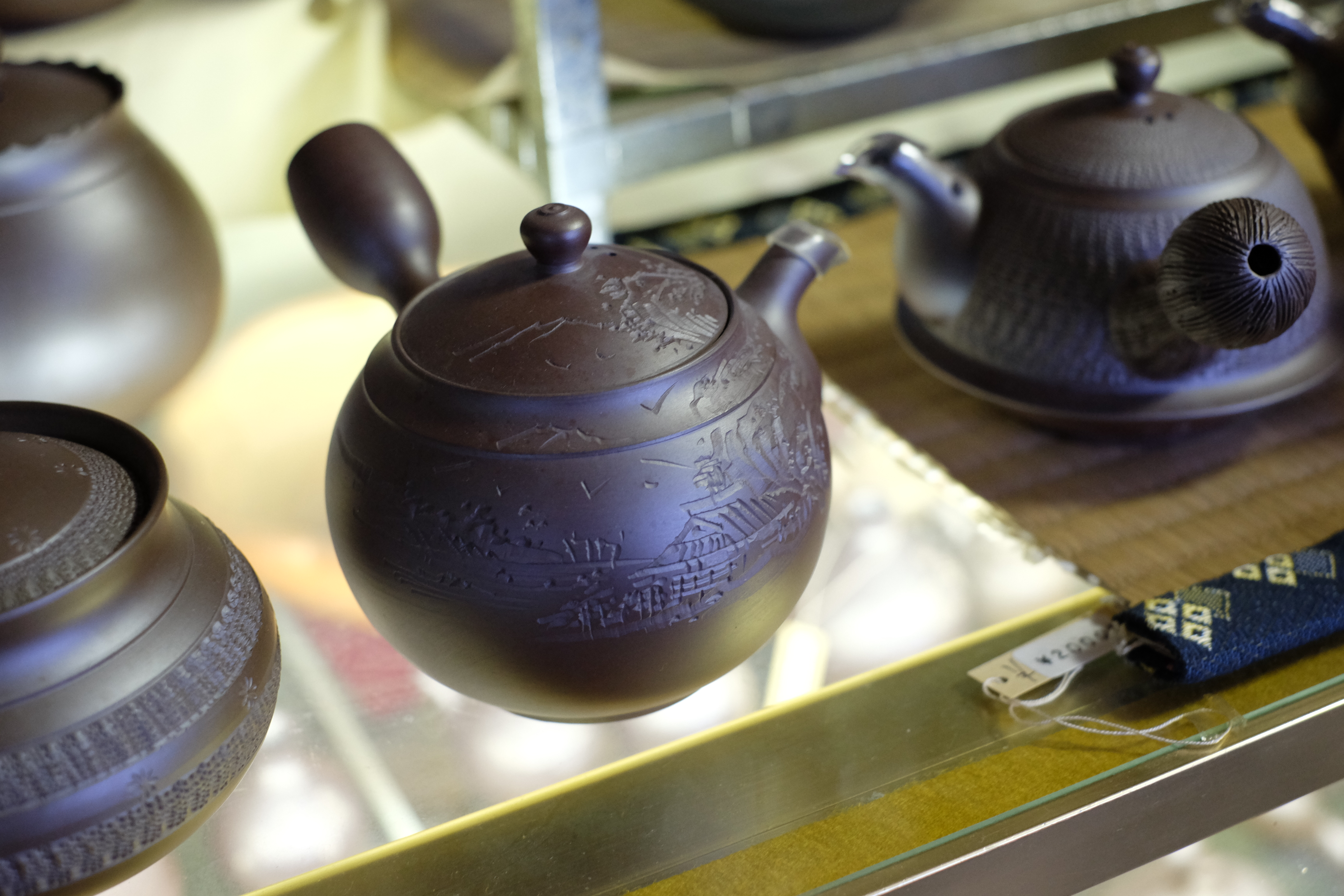 It is difficult to really enjoy tea without the appropriate teaware. And in Japan the two were going hand in hand with one another until the turn to pet bottle teas in recent years.

Bankoyaki is one of the traditional Japanese pottery styles. While most of the other traditional styles such as Tokonameyaki, Shigarakiyaki, Bizenyaki, Minoyaki, etc. take their name after the place they are made in, there is no place called Banko. Instead it originated in Asahi from a Banko stamp (meaning eternally unchanging, intended to last for eternity) by the style founder Nunami Rozen.

Nowadays because domestically the popularity of Japanese tea has been going down, the same trend is seen in the teaware world. Today the production of Bankoyaki teaware is concentrated in Yokkaichi about 10km away from its origin in Asahi. Even so the population of teaware makers is mostly of the elder age and almost every month there are pottery artists quitting their craft. Currently about 100 pottery maker remain in and around Yokkaichi.

Bankoyaki teaware is still mostly hand turned. While pottery artists can completed making all kyusu parts in less than 15min, as demonstrated by a pottery master Masaki in Yokkaichi, it takes 40 years of experience to get there.

Bankoyaki is fired in a reduction furnace, that limits the amount of oxygen in the kiln and prevents the minerals in the clay (especially iron) from oxidising, the result of which is dark purple colour. According to the pottery master Masaki, pottery items are fired at 1200°C for about 27 hours. Bankoyaki style is also quite unique in the sense that it is unglazed. Both reduction firing and no glazing enhances the interaction between the tea and teaware, where teaware absorbs astringent components of tea and instead releases some of iron remaining in the walls.