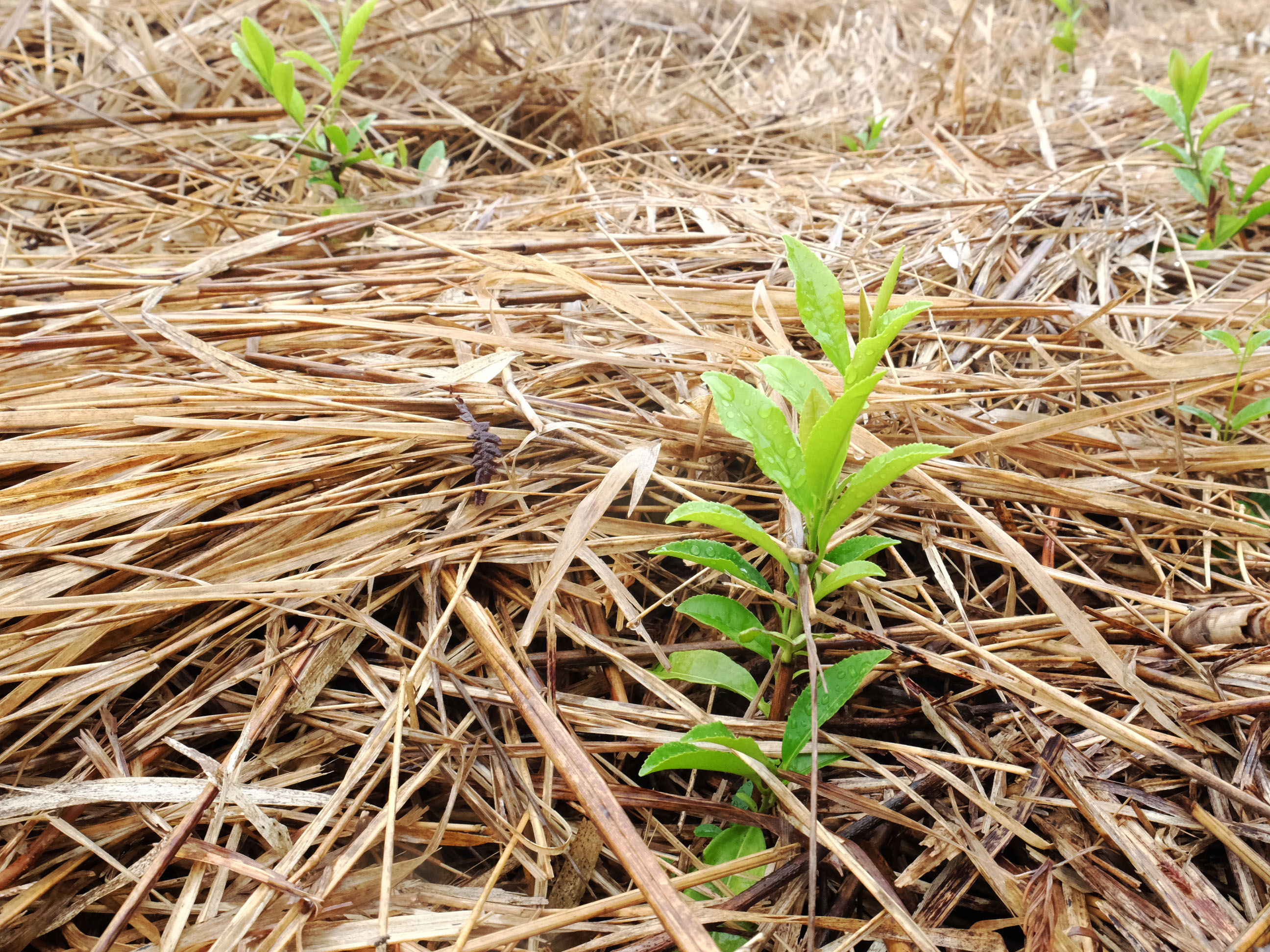 This time I would like focus on Kirishima. Kirishima in Japanese means an island in the fog. A very beautiful poetic name. There may be some practical meaning too, though, as Kirishima’s elevation goes from 0 to 1700 meters above the sea level.

Kirishima makes about 6% of Kagoshima’s tea and about 2% of all tea in Japan. Most of the tea in Kirishima is grown deep in the mountains. And it is said that about 80% of Kirishima tea is concentrated in Makizono village.

The history of Kirishima tea is not very clear, but it is believed that it started around the 14th century, when tea seeds from Uji were brought here. Locals say that here even today there is some tea that grows wildly in the forests and refer to it as ‘yamacha’ or mountain tea in English.

In Kirishima there is even a copse of old tea trees. They are there as an evidence of tea longevity. The oldest tree there is over 130 years old. Still today tea is made from these old tea trees.

On my trip to Kirishima I went to Makizono village and met with Henta-san – the second-generation leader of Henta Seicha. Henta Seicha was started by Henta-san’s father in 1982. Back then they only had 3ha of land. It grew to be over 20ha today. I asked Henta-san how they were increasing the tea farmland and he said it was either by taking over the land of the elderly tea farmers who couldn’t farm anymore or by reclaiming the land from the forest.

Right now there are 12 people working at Henta Seicha. Actually, most of the activities are managed by two Henta-san’s sons: one son looks after the tea farm and the other son takes care of the tea factory.

About 16 years ago Henta-san started organic tea cultivation and now around 90% of tea produced at Henta Seicha is grown organically. Henta-san says that organic cultivation does not need to be difficult and weeds in a tea field are not a good sign in organic cultivation. To prevent the appearance of weeds Henta-san uses natural reeds, that also help to keep the moisture in the soil and later become a natural fertilizer. Henta Seicha is also lucky as most of their tea fields are deep in the mountains with no neighbours around – that helps to avoid drift of chemical substances other tea farmers might use.

Henta Seicha mostly makes Sencha, but recently they have also built a Tencha factory. In future they also hope to get Matcha grinding machines to be able to produce their own Matcha. Henta-san would also like to build a tearoom next to his factory, to be able welcome more visitors, who come to see this beautiful area.

While most of Henta Seicha tea is sold in Japan, Henta-san is also curious about the situation around the world. He often travels abroad and has been to the US, Italy, Hong Kong. Currently their tea is available in the US and France.

It was wonderful to meet with Henta-san and chat about tea. Now I am looking forward to future collaborations.

One thought on “Kirishima Tea in Kagoshima”