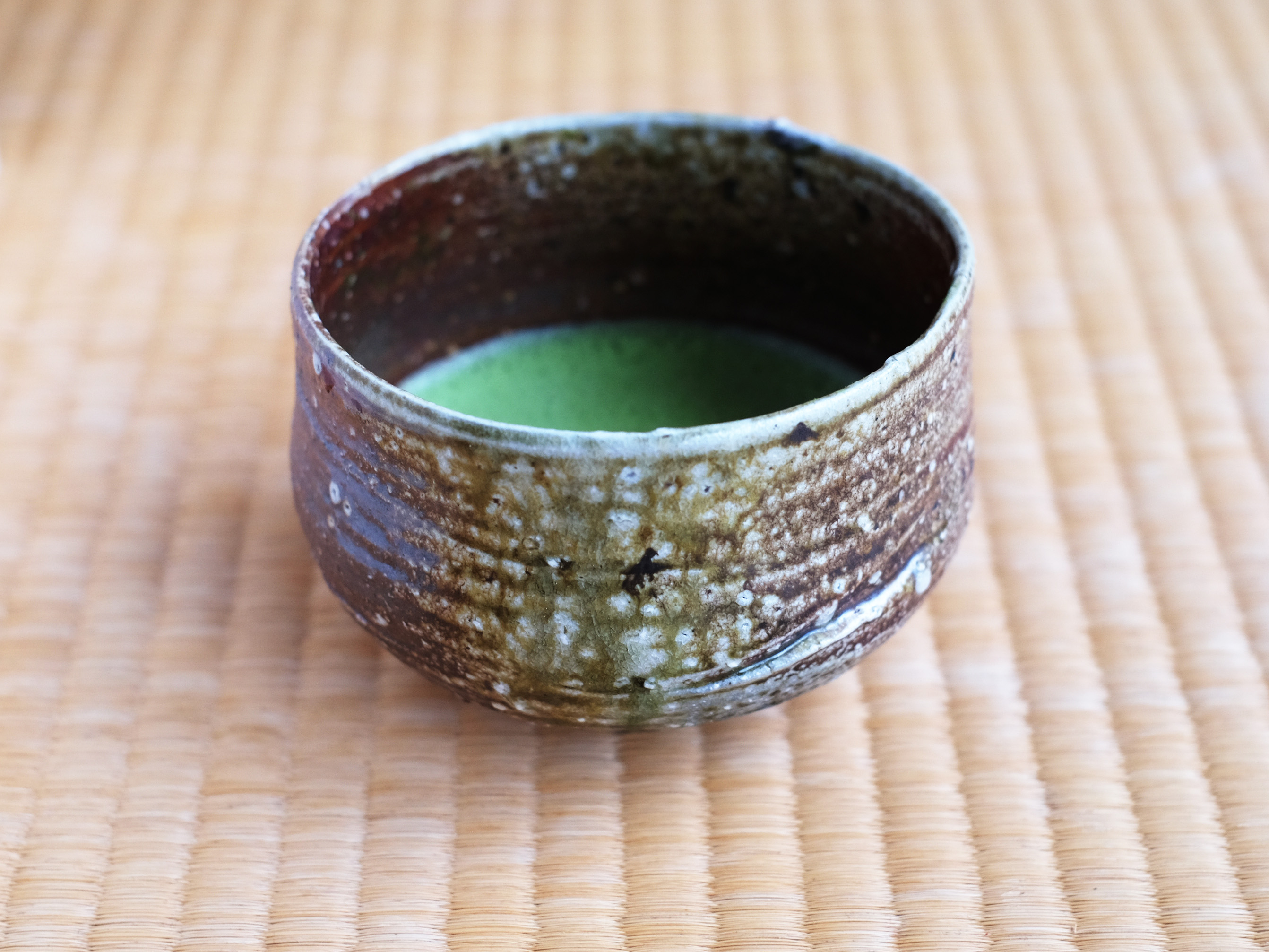 Shigaraki is a small quiet town in Shiga prefecture south of lake Biwa. Some tea is grown around there, but it is known more for its pottery – Shigarakiyaki.

Shigarakiyaki is said to have stared around 12th century, and is listed among the six oldest kilns in Japan. In 1976 Shigarakiyaki was even awarded a traditional crafts title form the Japanese Ministry of Economy, Trade and Industry.

Typically, Shigaraki wares are made from sandy clay, from the lake Biwa. Low in iron, the clay is naturally light in colour and often includes small quartz stones, that give rough, unpolished texture to Shigaraki wares.

Traditionally Shigaraki wares were fired unglazed; and the typical brownish orange Shigarakiyaki colours were created naturally by ashes of the burning wood falling on the clay. Nowadays artificially coloured wares from gas-burning kilns are becoming more and more common.

In early days Shigaraki wares were intended for daily use of farmers. Wide plates, jars, bottles, etc. were among the common items. From around the end of the 15th century Shigaraki kilns started to produce more ware for tea ceremony (around that time tea masters shifted towards more modest, humble way of tea and started to recognize rustic domestic pottery styles). Tea bowls, tea caddies, water containers, vaze, etc. become popular items. While teaware and household wares continue to be produced here, these days fortune-bringing ceramic raccoon figures have become the symbol of Shigaraki town.

On my trip to Shigaraki I got to visit a teaware shop called Sagara and meet with its owner and pottery artist Kyuubei Sagara. Sagara-san comes from the potter family and took over the craft from his father.

When you enter the shop, you are immediately charmed by a tasteful display of rustic earthy wares. Here you can find several different teaware items such as tea bowls, tea caddies, flower vazes and more. Sagara-san hosts works of several Shigarakiyaki artists in his shop; and smaller more detailed objects, like small teapots and small cups, he continues to make himself.

In our conversation, Sagara-san admitted he is saddened that a lot of pottery artists have shifted away from wood-burning anagama kilns to gas-burning kilns for convenience and easy use. He estimates that today perhaps just around 1% of artists continue to use the traditional method.

Sagara-san also notices that younger artists are more eager to experiment with modern shapes and colours, but feels that these get out-of-date more quickly. As for himself, he appreciates and continues to create more traditional designs, as he believes they can stand the test of time.

Captivated by Sagara-san’s warm welcome and the simple rustic beauty of his artworks, I could not resist and returned home with one of a kind tea bowl. Sagara teaware shop has been a wonderful discovery and I will be looking forward to returning there again.