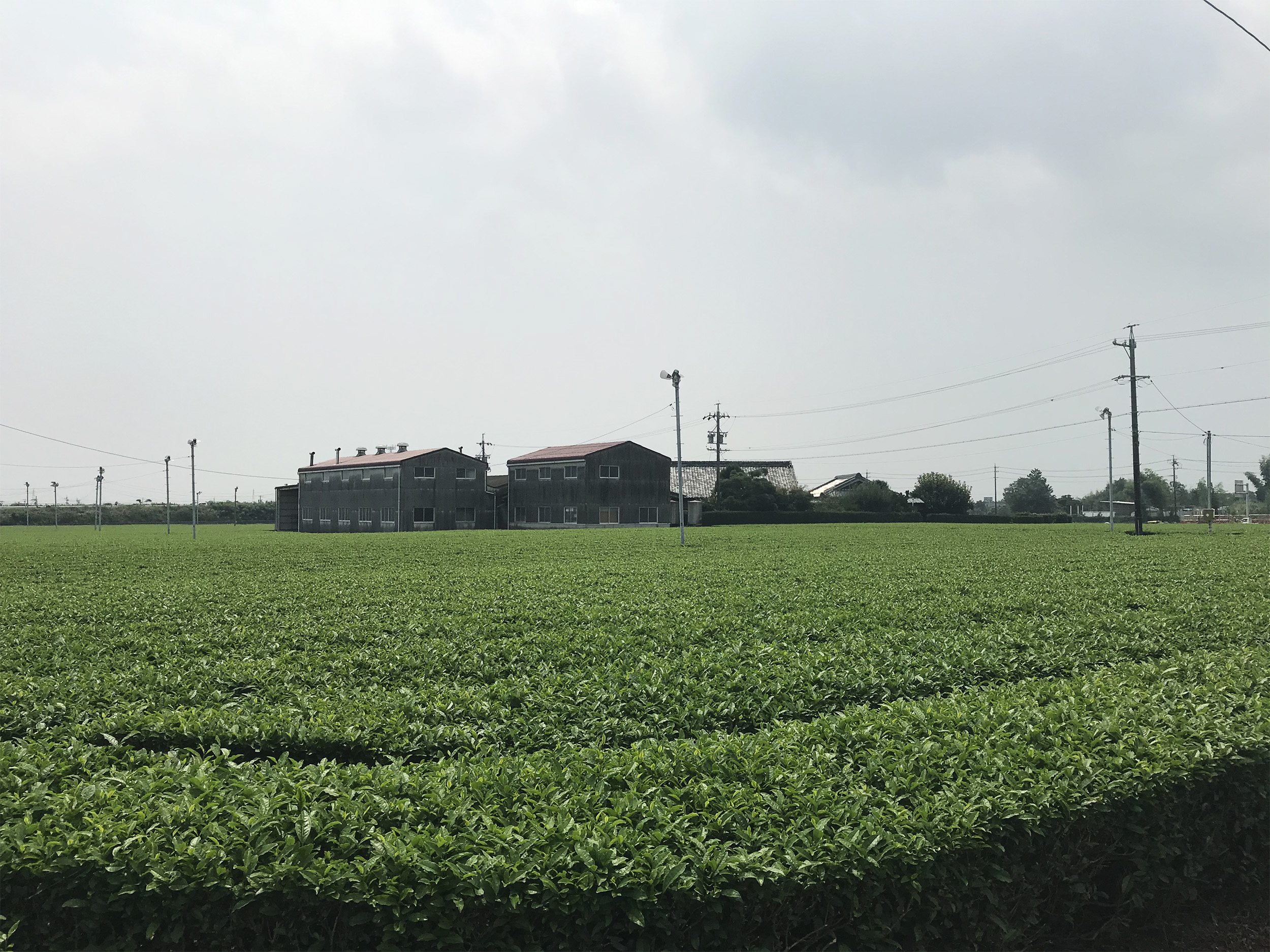 Mie is the third largest tea producing prefecture accounting for about 7% of Japan’s tea production, but its tea has not been known well domestically or internationally. Commonly tea form Mie was used as a raw material and blended to Shizuoka or Kyoto tea.

Because the tea harvest in Mie is later than in Shizuoka or Kagoshima, it is usually sold at a lower price (normally the later the tea is sold the lower the price gets). Mie, therefore, realized it needed to make tea with more character and that is what made it focus on producing Kabuse Sencha – shaded Japanese tea. Today Mie produces over 70% of all Japan’s Kabuse Sencha. 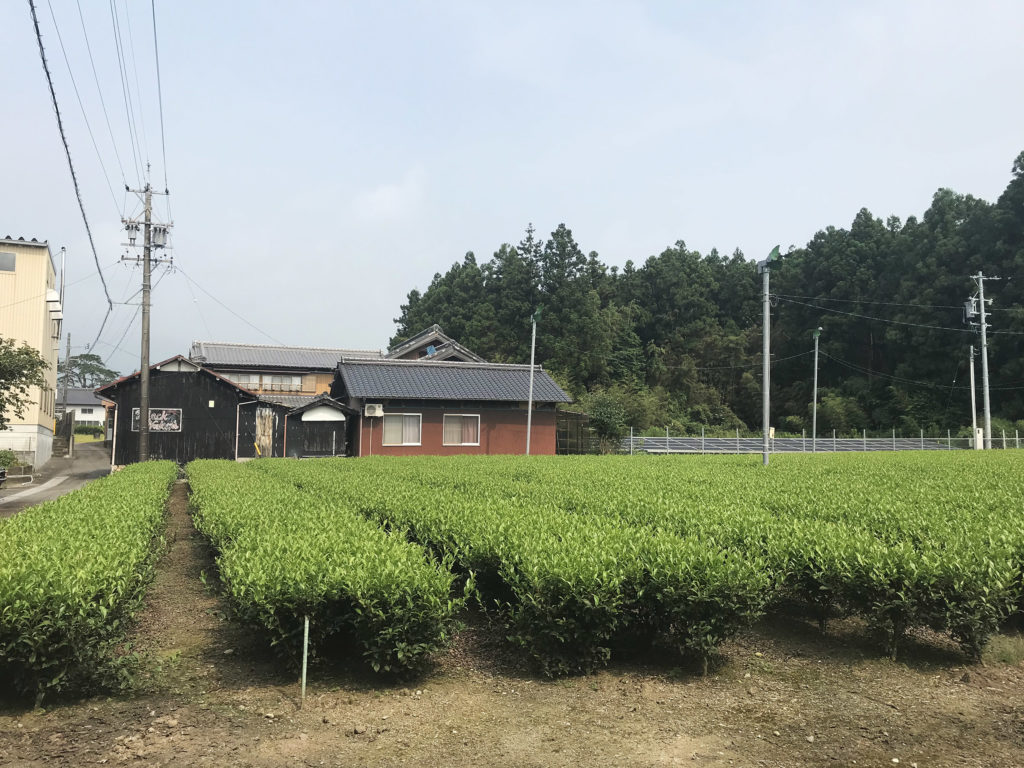 Additionally since 1988 tea made in Mie prefecture started to be called Isecha. With the aim to grow and strengthen the brand, in 2007 Isecha was registered as a regional trade mark. Now it is only available for tea products that are 100% made in Mie.

Today Mie’s tea is made in several different areas. Some of the largest are Yokkaichi (that includes Suizawa town), Suzuka and Kameyama. These areas in the north of the prefecture are known for Kabuse Sencha production. The areas more in the south of the prefecture, like Matsusaka, Dokai and Odai, tend to produce more Fukamushicha – deep steamed Japanese tea. 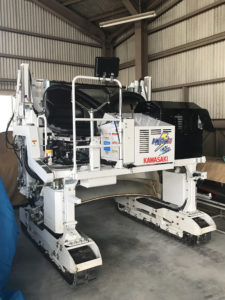 During my recent trip I had a chance to visit Suizawa town in Yokkaichi city. Going through the town the elevation is slowly rising up, and you can see the slopes covered by teafields everywhere. Tea fields here are mostly flat and wide as you can see. And since about 10 years ago many tea farmers in this area have been using driven tea harvesting machines.

On this trip I met with a father and son of Yada Seicha – a family run tea company in Suizawa. The Yada family manages about 2ha of land and has been producing Japanese tea for 6 generations. At first they were mainly a Sencha producer. Then, with the new trends Yada family started making Kabuse Sencha. In 2014 they built a Tencha factory and changed their direction completely. Now they focus on producing Tencha, that they sell directly to a famous Kyoto tea company. They also have a domestic retail website where they introduce tea from other tea farmers in the region as well. Thank you for a really warm welcome! 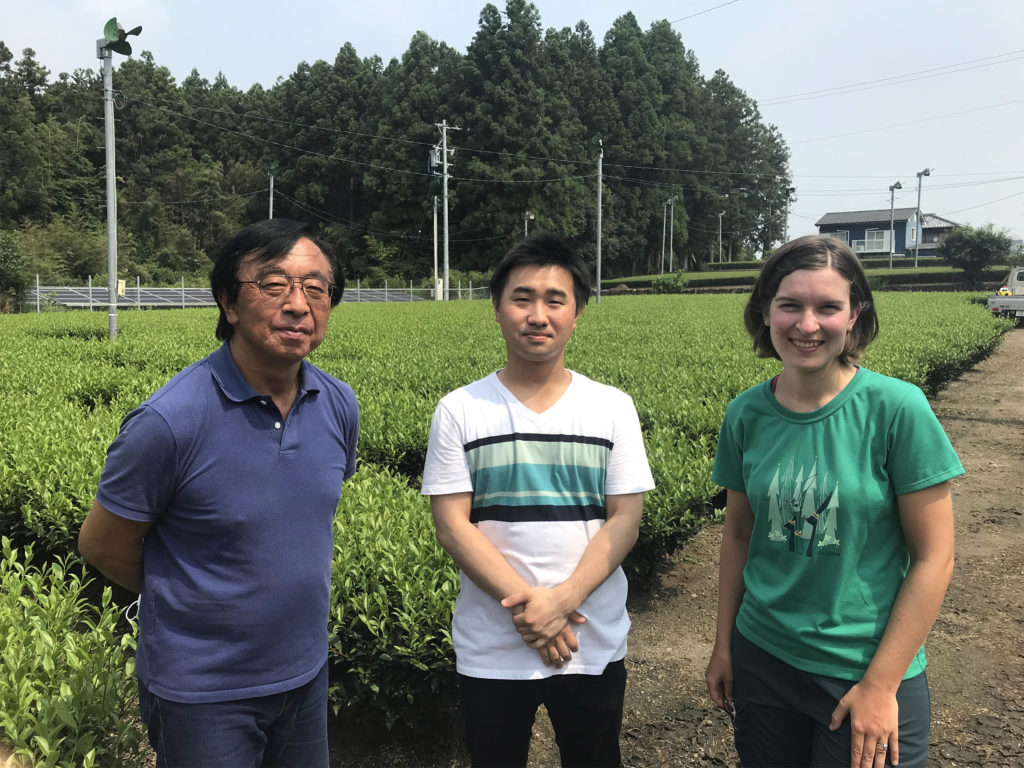