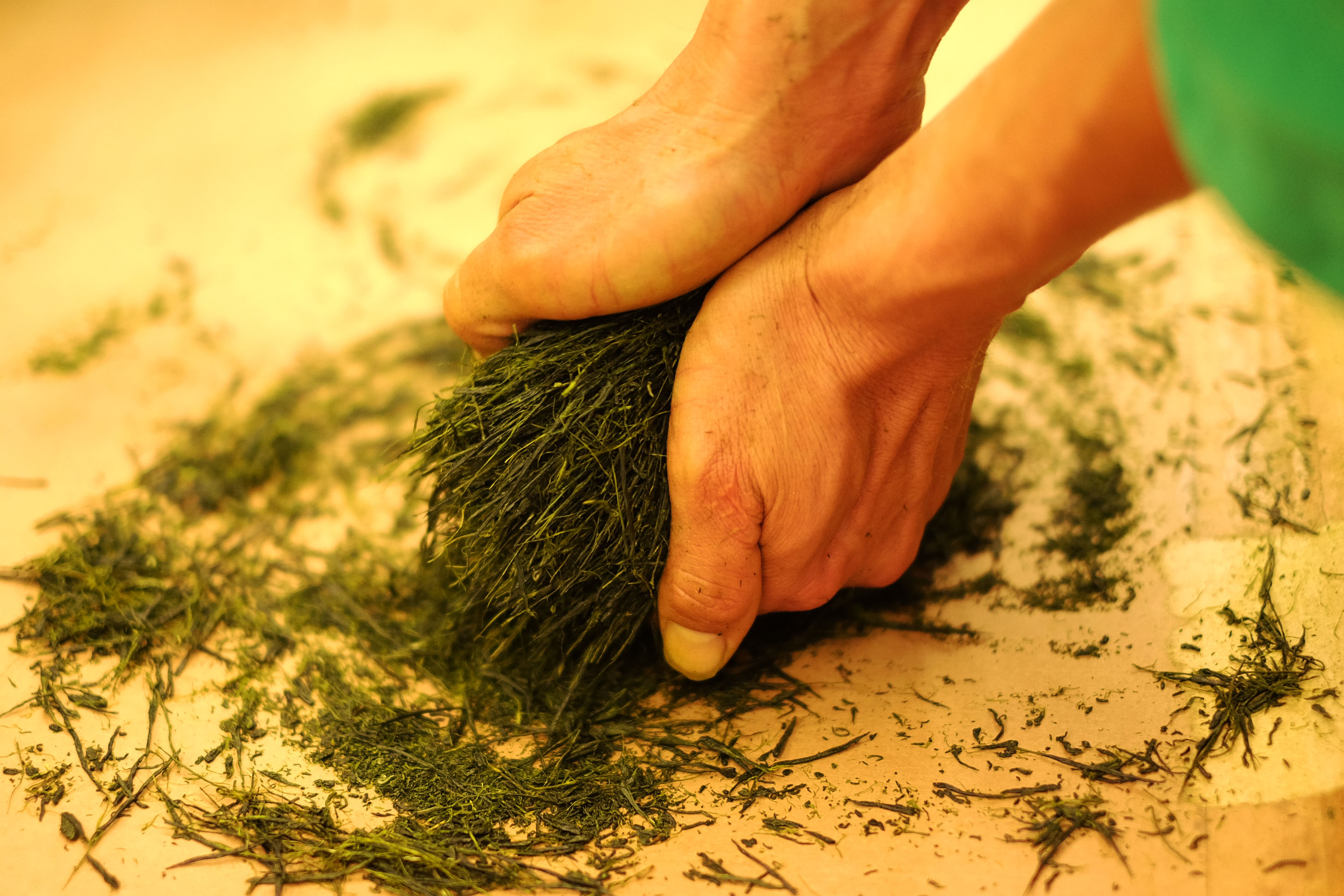 You may have had a cup of tea already. Or you may later in the day. But have you thought what it takes for the tea to travel from the tree to your cup?

In Japan nowadays tea is made with the help of machines, both on the farm and in the factory. But if we travel a few decades back, we find tea made all by hand: from carefully collecting the leaves to firmly, but gently massaging them into tea.

To preserve this tradition, each tea town has a Traditional Tea Hand-Rolling Preservation Society, that gathers the members a few times per year to pull up their sleeves and bury their hands in tea. And once a year all of them meet to compete against each other at the national Japanese tea hand-rolling competition or Temomi Competition.

In 2016 the competition was held in Shizuoka City and 28 teams from all over Japan took part. Each team was delegated by their region and had 3-4 members. November being out of the tea harvesting season, frozen spring Sencha leaves from Shizuoka were used.

It took about 5 hours of hand-rolling the tea leaves until they were ready to be judged. At first leaves had to be defrosted and dried. According to some of the participants in the competition, you have to be more patient and gentle rolling frozen leaves as they have more moisture than the fresh ones. The general rule of thumb is to roll strongly to push the moisture from the inside out and then lightly to dry the moisture that comes out, until the leaves are fully dry.

Finished tea is then judged on 5 criteria: shape, colour and aroma of dried tea leaves, as well as the colour and taste of the brewed tea. This year the winning team came from Minami Yamashiro Mura in Kyoto and Wazuka’s team was 7th.