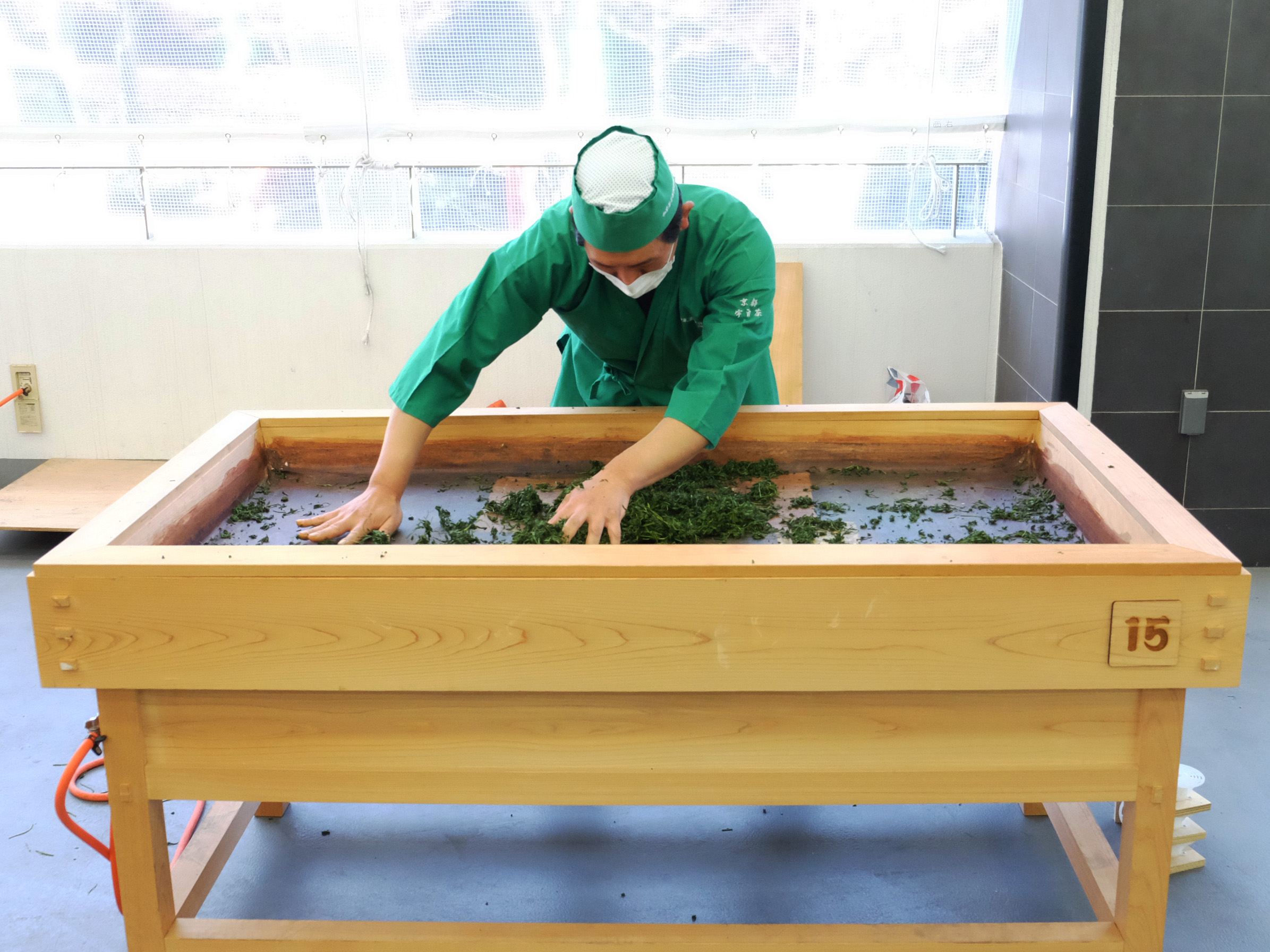 Nowadays in Japan tea is harvested and processed by machines. Just a few decades ago it was all still done by hand.

If we look at tea processing, the story is more or less the same. If tea is processed by hand, you will need at least two people, who together can handle just about 4kg of fresh tea at a time. Factory machines, on the other hand can go as high as 200kg, and most used today can process at least 100kg of fresh tea leaves at a time.

Today I would like to look more closely at temomi – or tea rolling by hand in English. Loose leaf tea processed by hand or by machines goes more or less through the same steps: steaming, rolling and drying. Among these rolling is the longest one. It is meant to both break the cell walls inside the tea leaves, that allows the component extraction into water; and shape the tea leaves into a straight needles.

Temomi is usually done on a hoiro – a special heated table that is coated with Japanese washi paper to absorb the moisture. At first the tea leaves are shuffled lightly between the fingers and spread widely on the hoiro (this step is called chakiri in Japanese). That helps to remove the extra moisture after steaming and to dry the surface of the tea leaf.

Once the tea leave become loose again, the tea shaping begins. At first tea leaves are rolled in-between the hand over the hoiro in a motion similar to what you would do when you wash your hand (this step is called momikiri in Japanese). It helps to start straightening the curled tea leaves. After that, still using a similar motion, tea leaves may be placed on the hoiro to continue drying them little by little. At this point it is really important to keep the tea leaves aligned in the same direction, as otherwise they may dry in unintended shapes otherwise. At this last step tea leaves are beautifully aligned and realigned while rolling them on the hoiro (this step is called denguri in Japanese). Finally, when all tea leaves become beautiful straight tea needles, they are sent to drying to reduce the moisture content to the complete minimum.

All this process takes about 6 hours from the beginning to the end. In addition to that, each rolling step has some specific details – to master them takes more than a few practice rounds. No doubt, tea processing by hand takes time and dedication. Luckily, there are still few tea farmers who form the Tea Hand Rolling Preservation Associations and help to continue this beautiful tradition to the future. And they even participate in tea hand-rolling competitions to see whose hands can make better tea.