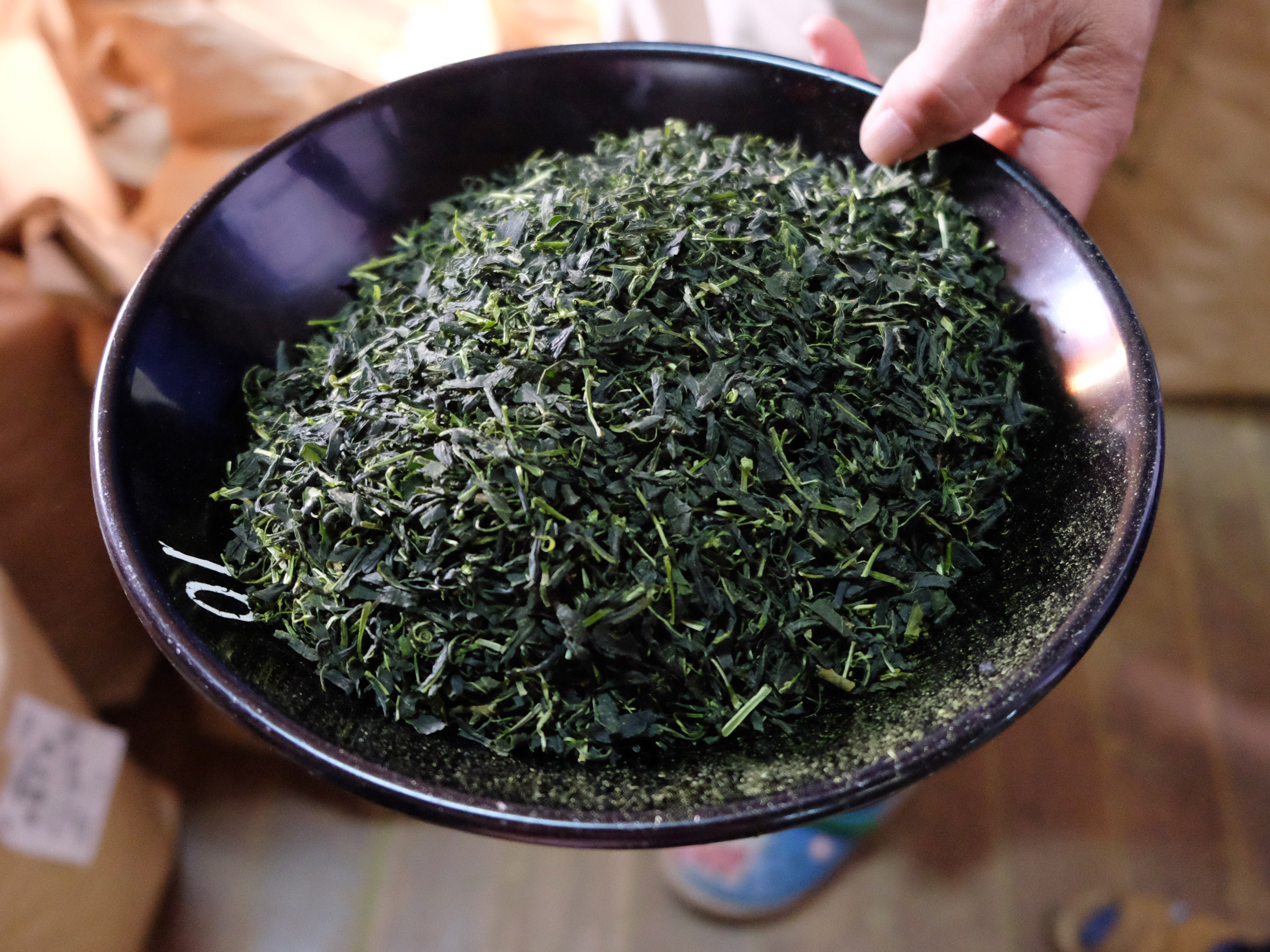 Many have seen Kumamon – the famous red-cheeked black bear mascot of Kumamoto prefecture. Few know that Kumamoto makes a decent amount of Japanese tea. Currently it ranks No.9 in Japanese tea production and is responsible for a quarter of Tamaryokucha – curled Japanese green tea common throughout the whole Kyushu island. Kumamoto is also known for Mushisei Tamoryokucha – steamed kind of curled Japanese green tea. The production of this tea is very similar to regular Sencha minus the fine rolling at the end meant to create the straight needle shape.

In May 2018 I had a chance to visit Yamato city in Kamikashi region of Kumamoto prefecture. The tea made here is known as Yabe tea – the previous name of the tea producing town was Yabe before it got merged into Yamato city. Yamato city is said to have between 200-500 tea farming families, but only about 100 of them produce it commercially. Fujiwara Seicha, managed by Fujiwara Toktumon – a third generation tea farmer, is one of them.

Fujiwara-san told me that the farm was started in the year 5 of Taisho era (1916) by his grandfather. Now Fujiwara-san manages 5ha of tea fields: 3ha they own themselves, 2ha they rent from neighbor farmers. Most of their tea is grown deep in the mountains at the elevation between 300-500m above the sea level.

The flagship tea of the farm is Mushisei Tamariokucha; though, they make regular Sencha and Kamiricha (pan-fried tea) too. Most of their tea is shaded between 7-21 says to create sweeter taste.

Fujiwara-san used to have his own tea factory to process loose leaf tea, but now he uses the JA cooperative factory in the city – he said it is easier to manage the costs that way. Fujiwara Seicha also produces Tencha – the material tea leaf used for Matcha, however, to process it, Fujiwara-san has to take the tea leaves to Tencha factory in neighboring prefecture of Kagoshima – currently there is no Tencha factory in Kumamoto.

A large part of the production at Fujiwara Seicha is now organic. Fujiwara-san told me that it happened purely by chance. One day during harvesting season Fujiwara-san got ill and his son, who now works at a tea company in Shizuoka, stepped in to take care of the tea harvesting. With lack of experience it was hard to manage everything and so he gave up the use of pesticides. Now a large part of Fujiwara Seicha tea is sold under IORI brand, managed by Tenjiku – a young tea startup in Kumamoto. They recognized domestic and international interest in organic tea and asked Fujiwara-san to continue producing tea in organic manner.

I am really grateful to Oda-san, the president of Tenjiku company for allowing me to visit Fujiwara Seicha and Yamato town. And I hope they will succeed in making Kumamoto tea more known in Japan and around the world.