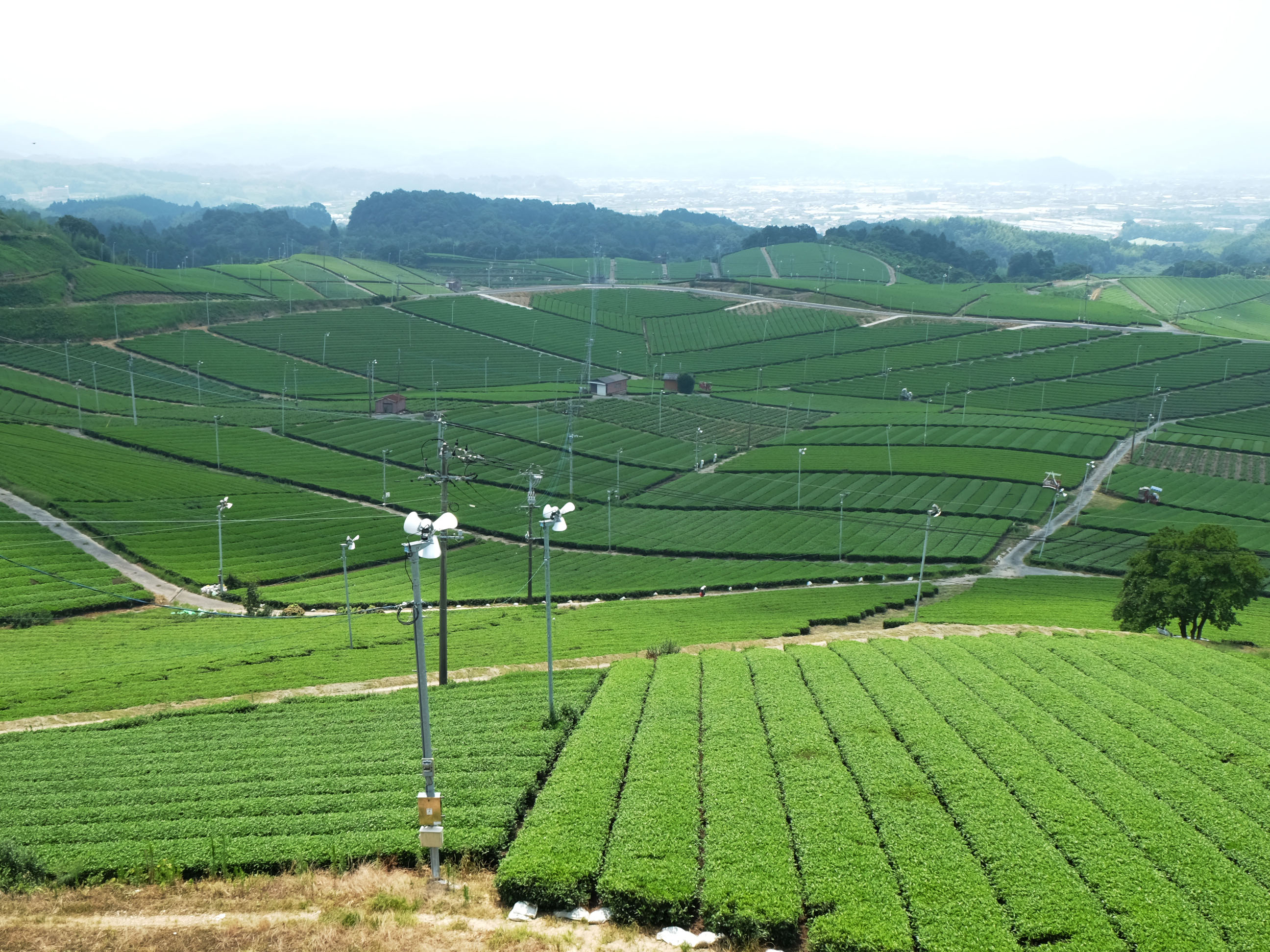 Fukuoka is a large and famous tea producing are in Japan. Historically it is said to be one of the first areas where tea was planted in Japan. The story says that Sefuri mountain in Fukuoka was one of the three locations, where tea seeds, brought from China by the Buddhist monk Eisai, were planted in 1191. It took a few centuries for the tea cultivation to begin, though; and 1423 is considered the start of tea cultivation in Fukuoka, when another Buddhist monk Eirin Shuzui built Reiganji temple and started growing tea there.

Currently there about 2250 tea farmers in Fukuoka. The number is going down every year and it is said that in last 20 years there has been a decrease of about 1500 tea farmers. The main tea producing area in Fukuoka is Yame, that accounts for around 90% of the total tea production in Fukuoka. Other close-by areas that produce tea are Ukiha and Asakura.

The commonly grown tea here is deep steamed Sencha. However, Fukuoka and especially Yame are known for high grade Gyokuro. Yabukita is the main cultivar used in Fukuoka and accounts for about 77% of tea. Other cultivars include Kanayamidori (4%), Okumidori (4%), Saemidori (3%), Yamakai (2%)

On my trip to Fukuoka I had a chance to visit Ushijima Seicha in Yame city. There I met with Keita Ushijima – 4th generation manager of Ujishima Seicha, since it began in 1921. Ushijima-san told me that they manage everything themselves: be it tea farming, tea processing or tea sales. Currently they own only 50a of tea fields next to their shop, but they manage about 3ha and collaborate with local tea farmers to produce the tea for them.

They also operate a tea factory, that was built in 1933 and renovated in 1975. Since 1993 they have opened a tea shop and now have three locations in Yame, two of which also have a café with amazing icecream and other goodies. Ushijima-san told me that 90% of tea they sell themselves in their shops. And even if they have an English website to promote Matcha, they don’t sell much tea abroad yet.

Their main product is deep steamed Sencha. But they do have some gyokuro, some black and some oolong tea. Not much Matcha, though. And not much organic tea either. That is because most of the tea fields in Yame, that Ushijima-san took me to see, are in the valley really close to one another and so there is a high chance of pesticide drift. The main cultivars they use are Yabukita, Saemidori and Okumidori. Most of the tea is blended, but they have a single origin, single cultivar teas too.

The personal interest of Ushijia-san is tea blended with other herbs, and he has already started a few projects on that. He is also very passionate about tea education and trainings about tea, and plans more tea activities in future. I really believe our baths will cross again and am really grateful for a warm welcome on my first visit to Yame city.